SOMETHING ABOUT ITALIAN WINE 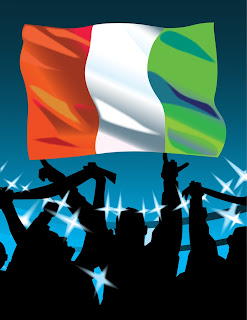 A few months back, I was asked by good friend Michelle Lentz, one of the top wine bloggers (her site is My Wine Education), asked me to help contribute to her blog while her and her husband were out of town. I was one of several people that chipped in. My contribution was a two-part post on Italian wines – my passion. It is a difficult subject to cover when training wine sales staff, or just passing information to our customers, because the wine landscape is so vast and so complicated, that trying to squeeze even a fraction of that information into a brief amount of time is near-impossible. You see, while other countries in the world dedicated specific areas of their lands to viticulture (growing grapes), in Italy, there are vineyards everywhere, in each of the 20 regions (provinces actually), with each region as diverse as the others.
So I wanted to repost that article here, with some minor tweeking, due in large part to our renewed selling of the wines of Winebow, arguably the largest U.S. importer of Italian wines, including such wineries as Allegrini, Falesco, Tiefenbrunner, Zenato, Altesino, Prunotto, Bruno Giacosa, just to name a few. This import group was really the one that got me full-on interested in Italian wines, and I owe a large part of my continued affinity for these wines to Winebow.
Italy has long been in the top three in wine production, becoming #1 in 2005 with a total of over 8.5 million metric tons that year (over 2 million metric tons more than France!). Italy can be divided up into 4 main sections:
1. Northwestern Italy
2. Northeastern Italy
3. Central Italy
4. Southern Italy
The Northwestern portion of Italy consists of 6 regions spanning from the greater portion of the arc of the Alps and Apennines, which slope toward the Po River: Valle d’Aosta, Piedmont, Liguria, Lombardy, Emilia-Romagna and Tuscany. Topography, soil, climate and grape varieties vary from one region to the next, and much of this area is considered very prosperous, with the cities of Florence, Milan, Turin and Genoa all inhabiting this area. A total of 27% of Italy’s wines are produced here.
The Northeastern portion of Italy is also called the Tre Venezie, or “Three Venices”. The three regions are Veneto – the largest producer of DOC wines, Trentino-Alto Adige – which has the highest percentage of DOC wines comparatively to total output, and Friuli-Venezia Giulia. Together, these 3 regions producer a total of 17% of Italy’s wines.
There are 5 regions within Central Italy: Marches, Umbria, Latium, Abruzzo and Molise. There is ample sunshine and moderate temperatures, as well as rolling hills and mountains that provide an ideal environment for wine production. 19% of Italy’s wines are made here.
The Southern portion of the country has six regions: Campania, Apulia (Puglia), Calabria, Basilicata, and the islands of Sardinia and Sicily, all considered the cradle of Italian enology. This region is experiencing a new winemaking renaissance, and accounts for 37% of Italian wine production.
What compounds the issue of regional diversity is the fact that in virtually every region, there are a completely different set of grapes used in wine production, and even more complicated, is the fact that wines can either be labeled varietally (as in California) or by region (as in France) – even in the same region.
The wine laws of Italy are also quite difficult to fully understand, although the main things you need to understand are the D.O.C. (Denominazione di Origine Controllata, or controlled origin) is the bulk of Italy’s wines, denoting over 300 different DOC zones and at least 800 different table and sparkling wines. The first wine given DOC status was actually a white wine, the Vernaccia di San Gimignano of Tuscany in 1966 (the year I was born no less!).
DOCG wines are a step up, referring to the pinnacle of quality and stature. DOCG stands for Denominazione di Origine Controllata e Garantita, or Controlled and Guaranteed origin. There are only 29 DOCG regions currently, including Barbaresco, Barolo and Moscato d’Asti of Piedmont, Franciacorta from Lombardy, Soave Superiore from Veneto, and Brunello di Montalcino, Chianti and Vino Nobile di Montepulciano from Tuscany. Wines can be eligible for DOCG status if they have had DOC status for at least 5 years. A sub-zone of a DOC can be promoted separately from the entire zone as well. For example, Carmignano Rosso is now a DOCG, yet the Rosato and Vin Santo from this zone are still only DOC wines.
A new category was created in 1992 called IGT, or Indicazione Geografica Tipica. It is nearly equivalent to the French Vin de Pays, and was created in response to pressure to conform to the European Union’s standards. The IGT designation often goes to what Italian’s refer to as “non-traditional” varietal wines, such as a Veneto Merlot or a Tuscan Cabernet Sauvignon.
Tomorow, I'll finish this little primer with a breakdown of each region, and highlight some of each region's top wineries. Ciao!
Posted by k2 at 11:10 AM

Your knowledge base on Italian wine looks perfect. I love Italian wines as the wines of Italy are reknown for their variety and versatility. It was nice going through your blog.

Thanks for the comment, Hampers. I don't know about being perfect though. It's a lot of subject matter, and I was merely scratching the surface. There are sure to be more than a few things I left out. 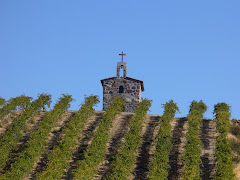 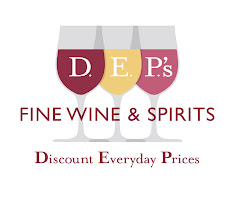 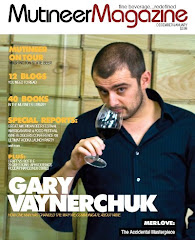